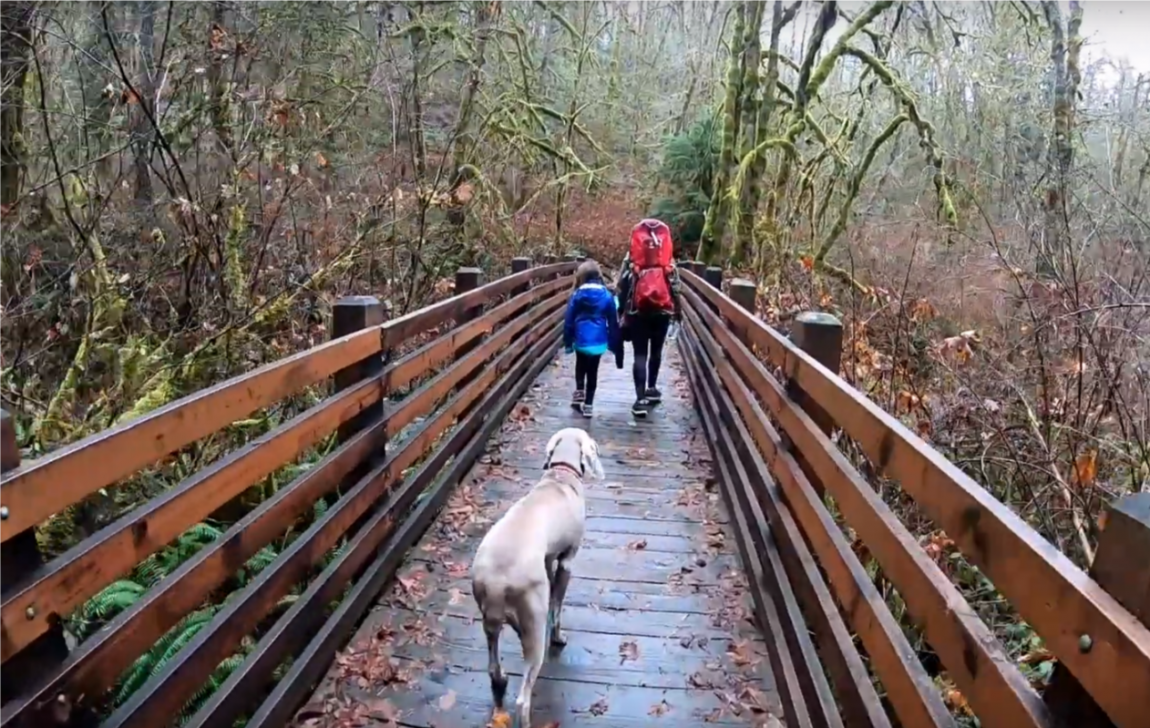 It’s the second week of December, 2018 is coming to a close. Fall has been one of the warmest that I can remember in a long time, but we have been stuck at home for most of it. The kids came down with a chest cold on a camping trip at the beginning of October and they just cant seem to shake it. They all seem like they are healthy, but as soon as they try to run, one of them usually ends up with a cough that stops them in their tracks and they are tired. So it was a couple of months of staying close to home trying to help the kids get their energy up, and the coughs gone. So finally in December everyone is feeling better and cabin fever has hit us hard, there is a chance for rain, but I don’t care, its time to go find an adventure.

McDowell creek falls used to be a place that was an annual tradition for hiking, but we hadn’t been out there for the last couple of years. I don’t know exactly how long, but I didn’t think Yovel would remember it at all, and I’m pretty sure Zadek hadn’t actually been there. The most important thing about going into this hike is that I didn’t have any set standards. No mileage or distance in mind, just the idea of getting outside and exploring until the kids were tired and ready to go. The weather forecast called for rain so I made sure to have everyone bundled in layers, and we set off on the trail. 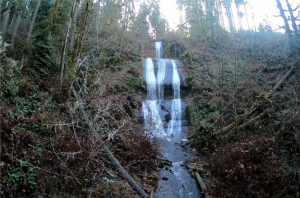 The kids buzzed with joy as we marched along the trails. Yovel loves horses, so I told the girls we were all on a horse ride and that just amped up their excitement and they ran, and neighed as they hiked along the trails. I let the girls know that we were looking for a waterfall, so the anticipation of finding it filled the air. When we finally came to the first one named Royal Falls we had to make an important decision. Do we cross the bridge at the base of the falls and make a short loop back to the car, or do we climb the stairs to the top of the waterfall and make a larger loop? Yovel loved the lower bridge and did not want to climb the stairs- she was a Momma, she was ready to take on the steps with her own two feet. 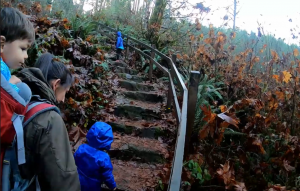 When we finally got to the top of the falls we all celebrated our victory and then Zadek was ready to test out his hiking legs for the first time. After a few more hills and bridge crossings we made it to the main road/parking area. At this point we crossed to the other side where we were quickly met by MAJESTIC FALLS. This was a nice spot for the kids to just stop for a while and breathe in the beauty of the falls. This is also the spot where we had to decide if we were going to descend more stairs for another loop or walk back up to the road and follow the main road back to the car. We weren’t sure of the distance and I was feeling concerned that the kids were gonna get too tired so we opted for the road. Half way down the road Yovel decided her legs were tired and she needed to hitch a ride on daddy’s shoulders, so I was happy with our choice. When we made it back to our car, we checked the map and found out that the last loop that we skipped probably would have added about another half mile to our already 2 mile hike.

The kids were tired but not ready for the adventure to be over so we took one last walk on the beginning bridge to throw some sticks in the water as we processed that fact that the day of exploration had come to an end. In the end, the sun had come out and kept us warmer than we wanted with all our layers on…But, McDowell Creek Falls is actually considered a rain forest so if you decide to hike here it’s always a good idea to come prepared.

For a full look at our hike, click on the video. 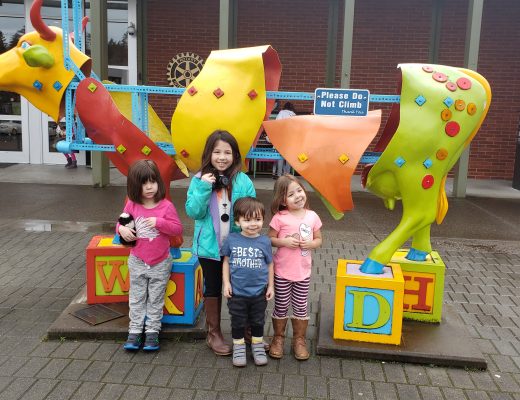 Our First Time At The Portland Children’s Museum 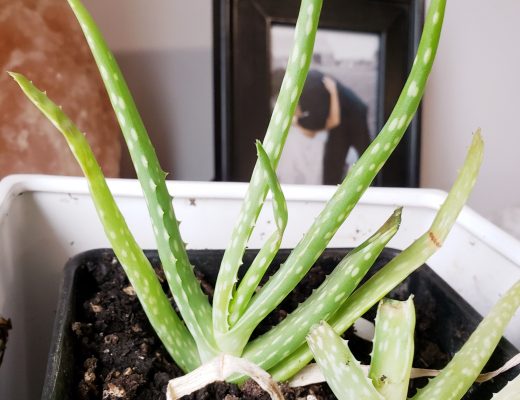 How I Treat A Minor Burn 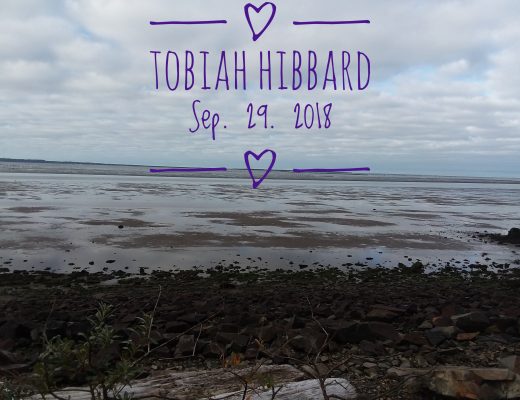